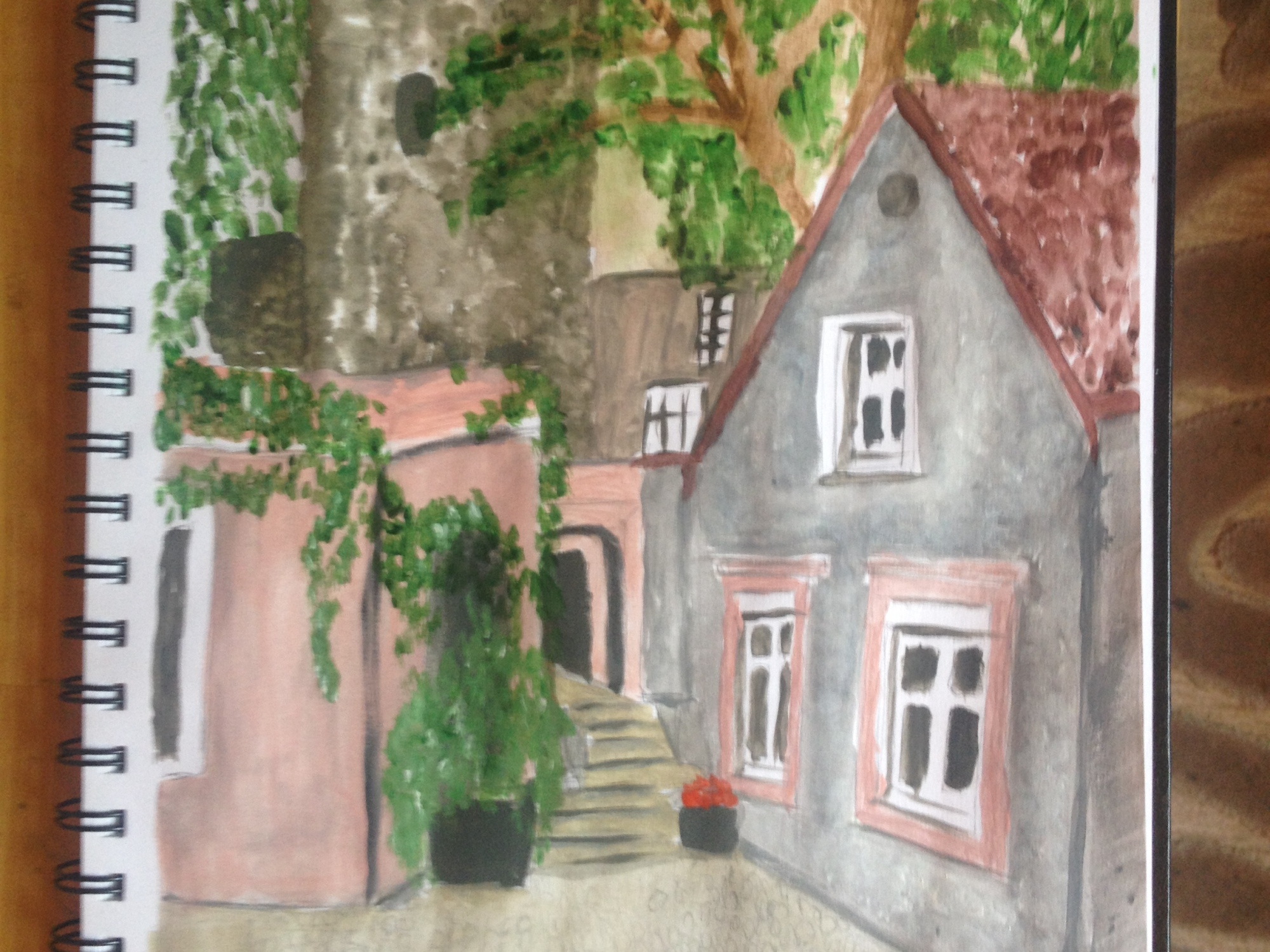 Here are a few sketchbook pages following my trip to the Baltics in June. 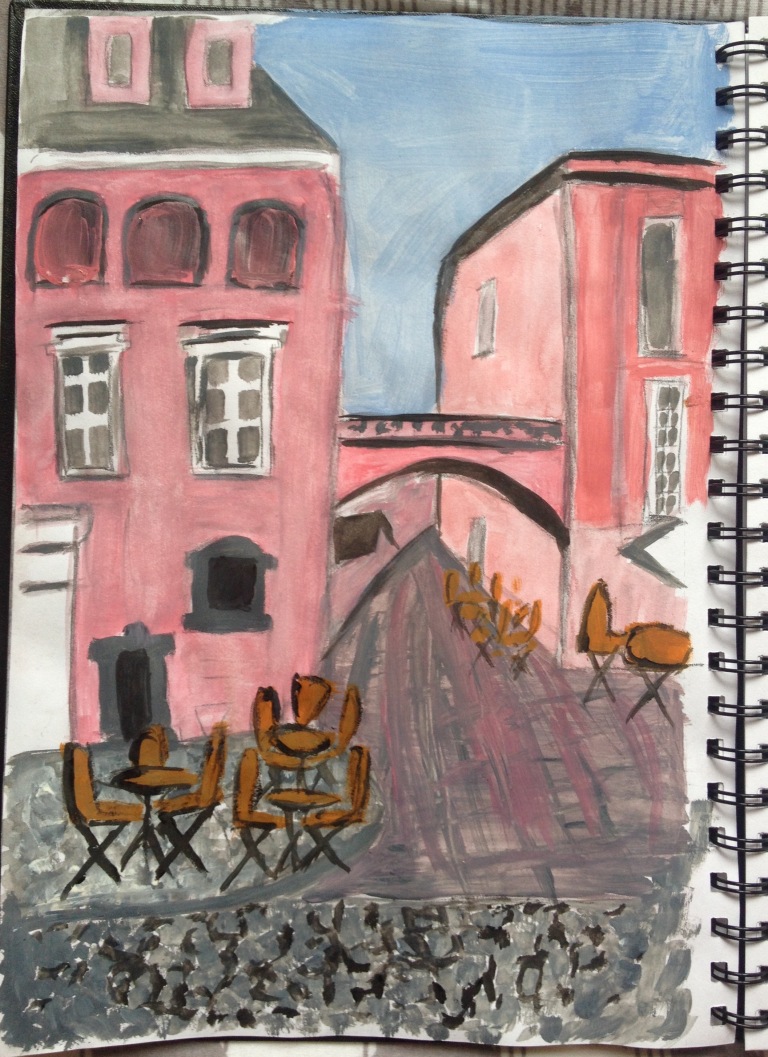 Across the street from where I stopped for coffee on Pilies Street in Vilnius, Lithuania. Watercolours.

These sketchbook paintings have been copied from photos I took – it’s probably a big no no to sketch from photos but I’m just enjoying the practice! I actually did brave taking out my sketchbook in public a few times when I was on my trip but with people coming up to chat to me and ask me what I was doing etc I didn’t get too far with that! Travelling alone, it was actually a great way to meet people! But not so great for actually getting sketching done. Anyway I hope I’ll overcome my self consciousness about sketching in public now I’m back in Dublin and just do it! 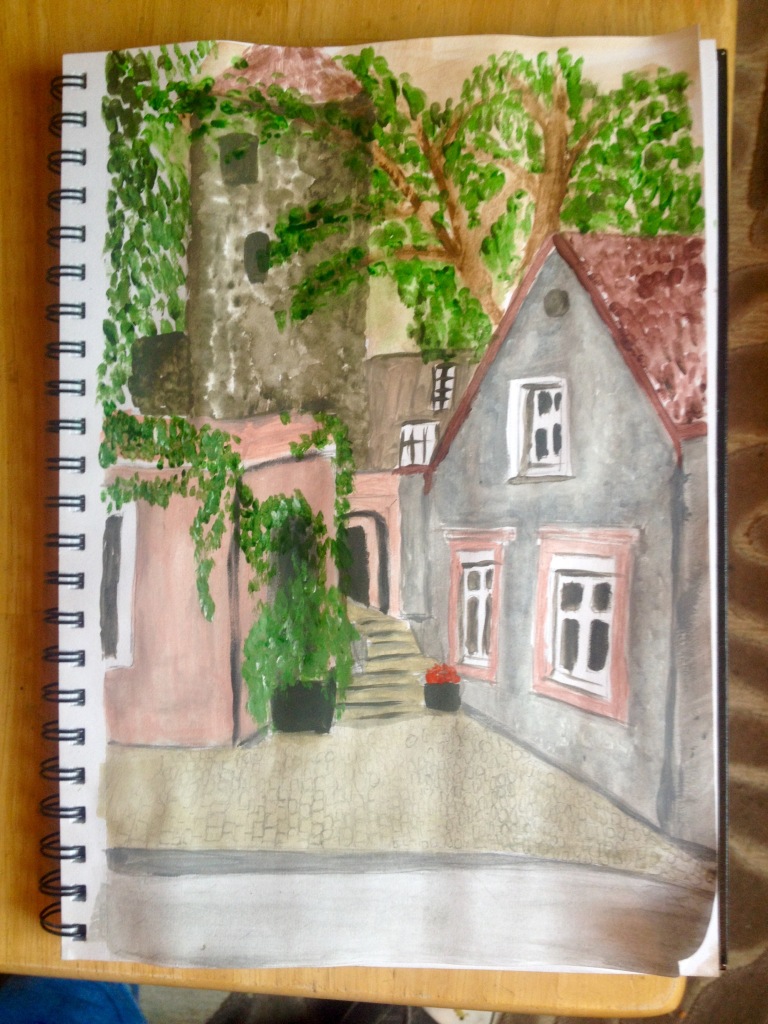 Pretty little nook I came across down one of the streets in Tallinn, Estonia. Watercolours. 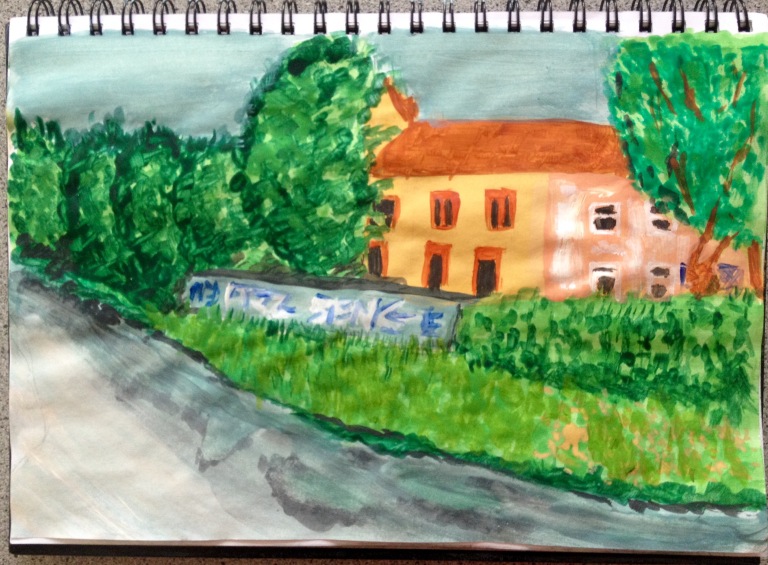 This was sketched from a photo I took on a bridge leading to the arty bohemian neighbourhood, Uzupis, or, The Republic of Uzupis, in Vilnius. In 1997 this district declared itself an independent republic complete with constitution, president and Independence Day celebrations on April 1st every year! The constitution, displayed in about 20 languages, on large silver/mirror panels, lines one of the streets. I was impressed to see the Irish language included in this display! 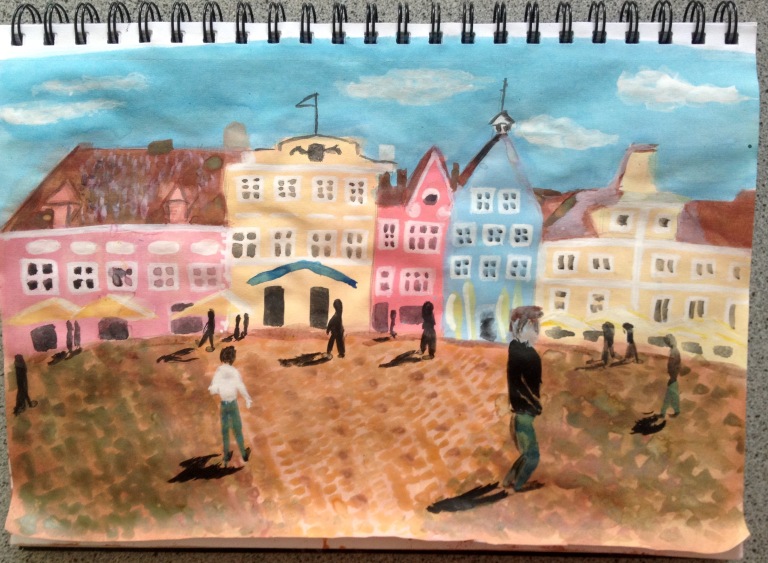 I wasn’t too happy with this sketch of Tallinn’s Town Square, done with Winsor and Newton inks, but decided to include it here anyway. Is there too much going on or is it lacking a main focus of interest? It’s all learning and practice anyway!